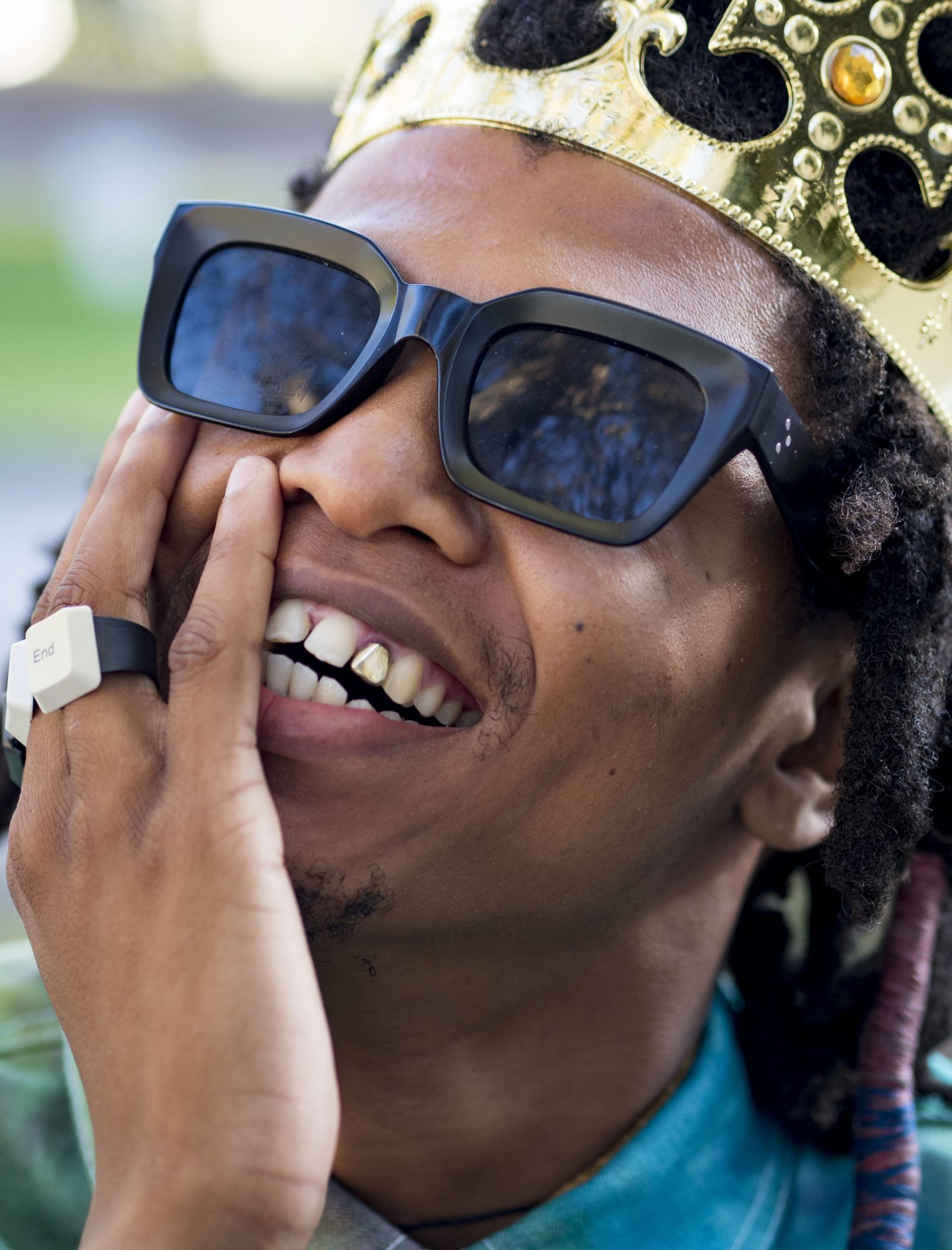 The Story Behind The Photo

“It’s not who you are that holds you back, it’s who you think you’r not” – Basquiat

People ask me how I meet my models. In this blog I will tell you “The Story Behind the Photo”. I wanne start with the one and only Anele, aka Ace!

Ace and I met each other during the film project in Langa. He started telling me about his passion; designing denim jacket. We went to his studio and he showed me his collection. Wow, I was impressed by his creativity and his work. Especially because he is autodidact, so he never followed a course in designing. After the film project we stayed in touch and I asked Ace if I could shoot some images of him with his jackets.

I called the series King Anele. First of all because Ace looked so powerful with his crown of dreads on his head. Secondly, Ace was a great inspiration for the younger generation in the township. He was teaching the youth how to make patches or even design their own jackets. But more importantly he was showing them to follow their dreams.

Besides that Ace is obsessed with Jean-Michel Basquiat, and his iconic crown can be found on almost every piece Ace makes. So I wanted Ace to wear a crown during the shoot, which symbolizes Basquiat’s crown.

Thanks Ace, for showing me that you can also be a real king without a crown!